After the audience cheered and applauded, Mrs May hit back, saying that what the European Union negotiators would look at would be her record at the Home Office on delivering for Britain on a number of justice and home affairs issues, which "people said we were never going to get and I got those negotiations". "I don't think she should be brought into political discussion".

"You have to. In negotiations, you have to recognise that you're not in there to get a deal at any price".

May is expected to win comfortably on June 8, but her party's lead in opinion polls has narrowed sharply in the last week, calling into question her decision to call the unscheduled election seeking a strong endorsement of her Brexit strategy.

The Labour leader said it was "not right and not fair" for his family to be subjected to the scrutiny.

Mr Corbyn's attempt, in the wake of the Manchester terror attack, to draw a link between British involvement in military interventions overseas and terrorism at home led to allegations he was making excuses for extremists.

Mr Corbyn and Theresa May were being questioned separately by studio audiences and interviewed by Jeremy Paxman, after the Prime Minister refused to go head-to-head with other party leaders in a debate.

Mrs May faced questions on controversial social plans, cuts to the police and health spending in England, and was challenged over whether her boasting about being called a "bloody hard woman" risked returning the Tories to the "nasty party" image which she fought against in the past.

Mr Corbyn also condemned the abuse of presenter Emma Barnett online, some of which was apparently anti-Semitic, and costed the policy at £4.8 billion by the end of the next parliament, scheduled to end in 2022.

"No deal is better than a bad deal", the 60-year-old prime minister repeatedly said in the Sky News/Channel 4 "Battle for Number 10" broadcast.

When asked whether he would contemplate a scenario where Britain failed to strike an arrangement with the rest of the bloc, Jeremy Corbyn said: "There's going to be a deal".

"I'll believe it when I see it", the midwife said about the Prime Minister's pledge.

The Labour leader defended plans to raise corporation tax to 26 per cent, saying: "This country is badly divided between the richest and the poorest". You don't address these problems by ignoring them.

"I am not a dictator", Corbyn said in one his best lines of the night.

Mr Corbyn replied: "Can I give you the exact figure in a moment?", adding: "All of our manifesto is fully costed and examined". "Our Prime Minister has done that now in the third election and got nowhere near meeting that figure".

"We've got an Italian and Spanish person who aren't able to vote at the election, and they wanted to use their game design skills to take forward Labour ideas".

He refused to be drawn on whether he would order a drone strike against a terrorist plotting overseas to attack the United Kingdom, saying he could not answer a "hypothetical question without the evidence". 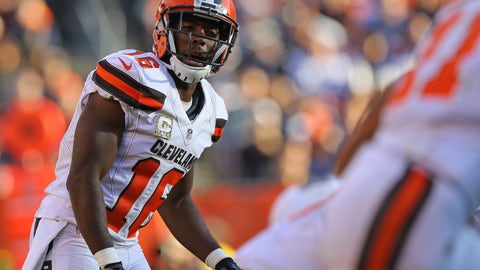