Hungary and Slovakia (which accepted quota system but took in few refugees than mandated) brought the case to ECJ that will announce its ruling on the issue today, which will be released around 7:30 GMT.

The European Court of Justice (ECJ) on Wednesday dismissed a challenge by Slovakia and Hungary against the EU's relocation policy for asylum seekers, upholding the EU's right to oblige member states to take in refugees.

In response to the migration crisis in 2015, the European Union adopted a decision to relocate asylum seekers who arrived in Italy and Greece, which were dealing with a massive inflow of migrants. 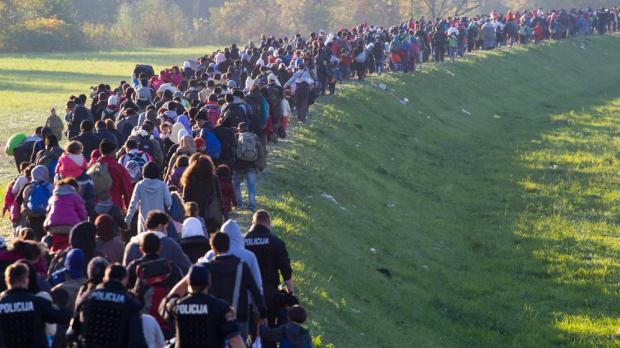 The EU's relocation plan - which expires on September 26 - has not been fully executed, in no small part because of some member states' reluctance to accept migrants.

The EU Commission is pursuing an "infringement procedure" against Hungary, Poland and the Czech Republic for failing to accept refugees.

The top court's press office told AFP there is "no onward appeal for Hungary and Slovakia" when asked about Szijjarto's vow that Budapest will use "all legal means" to fight the scheme. All four countries also say migrants will disrupt their societies and the EU's focus should be on protecting its external borders.

The EU's migration commissioner Dimitris Avramopoulos said the court's decision was an opportunity to end in-fighting between member states. "The door remains, it is still open, and we should convince all member states to fulfill their commitments", he said.

"This decision jeopardises the security and future of all of Europe", Foreign Minister Peter Szijjarto said. The European Commission, Greece, Italy, Germany, Sweden and several other EU countries backed the plan.

Budapest announced at the end of August that it will extend the state of emergency declared past year over the migrant crisis until March 2018, while Hungarian government spokesman Zoltan Kovacs said that the "threat of terrorism in Europe has increased", thus justifying increased border controls, according to The Associated Press.

The argument comes after months of increasingly hostile political debate between Eastern European countries and Brussels over its handling of the crisis. We expect all European Union countries to respect and implement the ruling. "We will continue to work on having solidarity expressed in different ways other than forcing (on us) migrants from other countries that don't want to be here anyway".